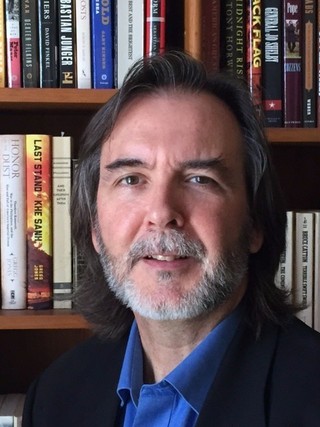 Gregg Jones is an award-winning investigative journalist and international news correspondent. He has been a Pulitzer Prize finalist, a fellow at the Kluge Center and Black Mountain Institute, and a Botstiber Foundation grant recipient. He is the author of three acclaimed nonfiction books. Honor in the Dust: Theodore Roosevelt, War in the Philippines, and The Rise and Fall of America's Imperial Dream (NAL/Penguin, 2012) was a New York Times Book Review Editors' Choice. Last Stand at Khe Sanh (Da Capo/Perseus, 2014) received the Marine Corps Heritage Foundation's General Wallace M. Greene Jr. Award for Distinguished Nonfiction. His first book, Red Revolution: Inside the Philippine Guerrilla Movement (Westview, 1989), was praised by James Fallows in The Atlantic as a work of "prodigious, often brave reporting" and "an engrossing and highly informative book."

Honor in the Dust: Theodore Roosevelt, War in the Philippines, and The Rise and Fall of America's Imperial Dream

The compelling story of America's rise as a world power and fall from grace in a forgotten war of conquest.

"Last Stand at Khe Sanh is a powerful and moving reminder of incomparable courage and extreme heroism in the Vietnam War."

-- Alex Kershaw, author of the bestselling The Bedford Boys and The Longest Winter